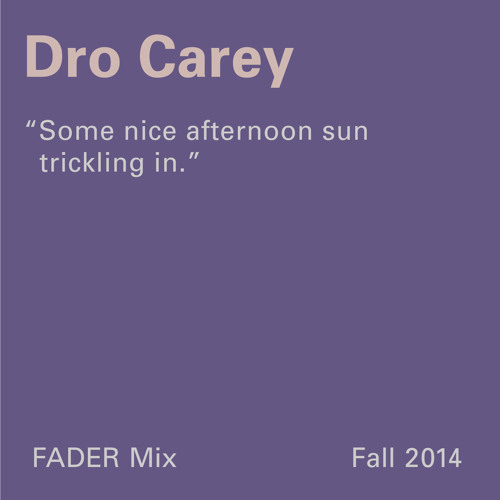 I contributed a mix to The Fader magazine's Fall 2014 series and spoke to them about some of my current projects. This marks the return of the Dro Carey project after some time spent focusing on Tuff Sherm and various other bits of music and video work. Also included in the interview is the announcement of a new Dro Carey EP, coming soon from London/Berlin outfit Greco Roman. Check out the Fader feature here.