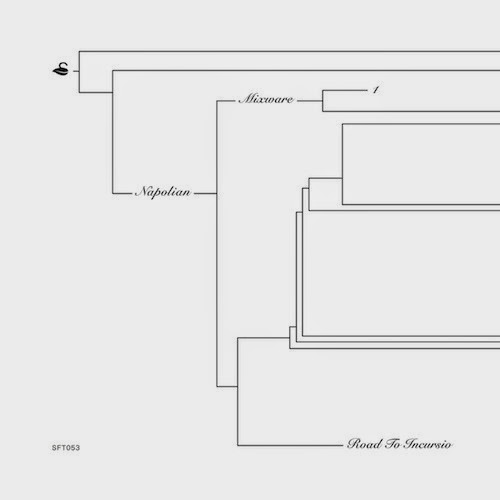 Just over a week ago Software released a new mixtape spearheaded by my long-time collaborator Napolian. This follows his amazing LP this year which I was fortunate enough to contribute to musically, as well as create a video clip for. Road To Incursio is available as a free download or in a very limited physical cassette edition.

Though this mixtape is mixed and sequenced by Ian, it is really about the group effort here, and introduces a production team – The Renaissance – that I am very excited to be a part of. A couple of collabs completed prior to the formation of that team are included here as Napolian/Dro Carey tracks – Up Nex and Silicon City.

To me, the absolute best part of what is an all-round fantastic journey anyway, are the Edits of pieces by Software’s curator and label head Daniel Lopatin AKA Oneohtrix Point Never, which have been completed by Napolian, as well as fellow Renaissance members Tairiq & Garfield. Personally I would never have been game to create a ‘beat’ version of the OPN tracks, yet what they present with their Edits are logical, beautiful extensions of Lopatin’s work that reflect highly intelligent arrangements. In a sense a comparison could be drawn to the integration of Arca’s music (some of which were direct samples of existing works) into the fabric of the Yeezus instrumentals.

The mixtape marks the inaugural entry of what will be a continuing series of artist-led compilations at Software, appropriately titled Mixware.