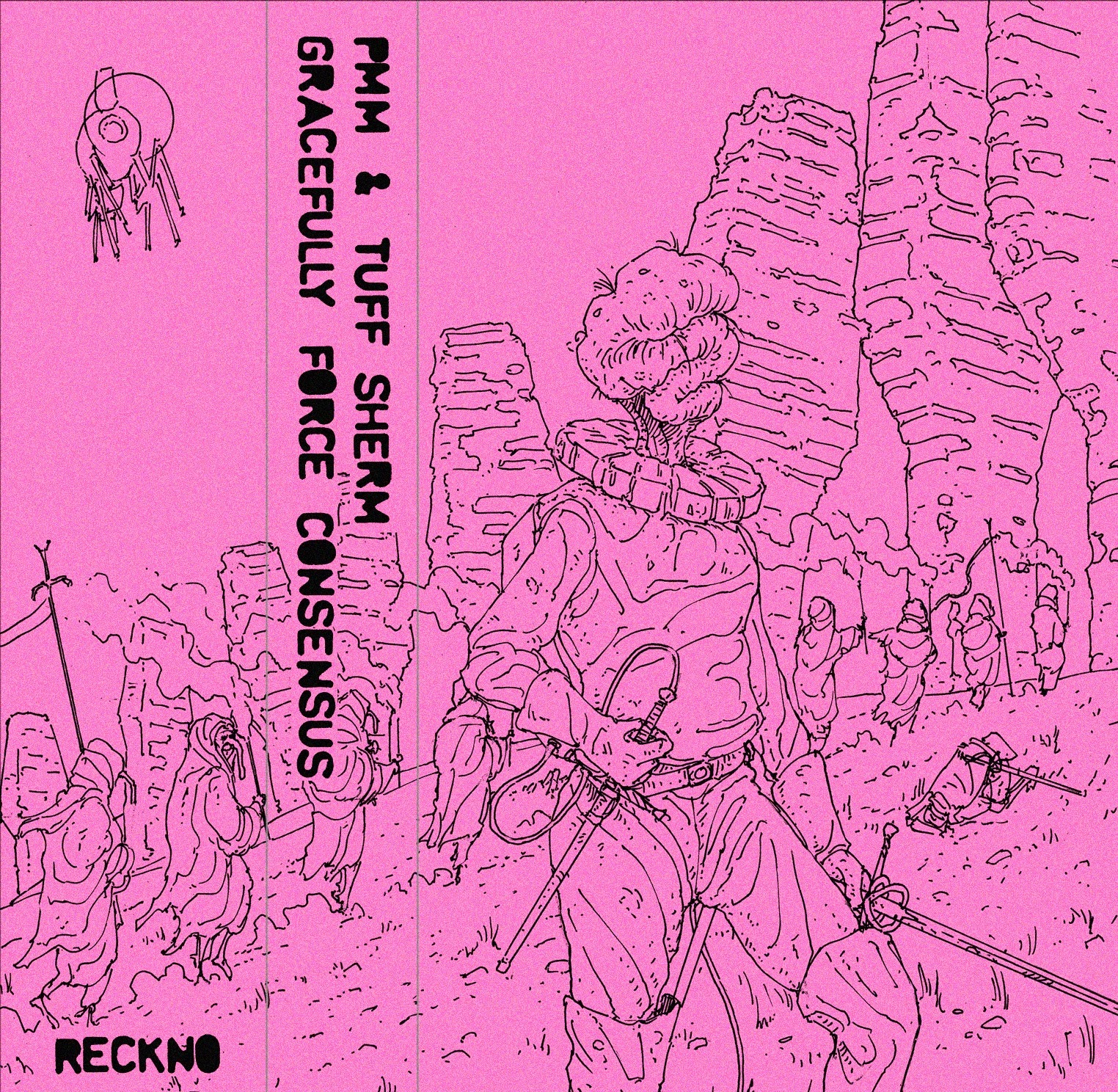 Today Reckno announced a new limited cassette release comprising two projects of mine – Tuff Sherm and PMM. The ‘Gracefully Force Consensus’ C60 takes the form of a ‘split’ artist release between the projects, though instead of the typical ‘one side each’ setup, the tracks alternate back and forth between the two projects. I was very happy to supply Chris at Reckno with something on the video end of things for this release too. I decided to choose a less obvious track – the piano-driven PMM interlude ‘Deal Season.’ Reckno have also uploaded a stream of another PMM track from the release, ‘Cosigns,’ which you can stream below.

The artwork for this release comes from the prolific Dave Lander AKA Lando from Decadence Comics, a London-based comics publisher that he runs with fellow artist Stathis Tsemberlidis. They release some of the most visually exciting science fiction comics currently out there and their work brings to mind masters like Moebius and Philippe Druillet. Lando’s illustration for the Gracefully Force Consensus cover (pictured in this post’s header) perfectly captures the tone of the music. The general atmosphere matches the Tuff Sherm aesthetic, while the actions themselves match the themes of tyranny detailed in the PMM track titles.