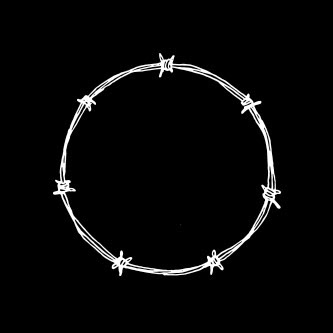 Ryan Hemsworth’s Secret Songs imprint/entity/SoundCloud account put out an amazing free compilation last week titled #000000 (the hex value for the colour black). As the colour scheme suggests, this was a darker outing than the previous Secret Songs releases. Ryan invited me to contribute to the collection and the above Dro Carey track, Rollcage, was the tune that ended up on the release. This track was basically an attempt at combining a grime track with a breakbeat groove, and obviously taking some inspirational cues from classic Youngstar and Funkystepz tracks for the jumpy melody. A roll cage is a protective structure fitted into a car body that maintains the integrity of the vehicle in the event of it rolling over. I have just discovered that it is actually only stylised as the one word – ‘Rollcage’ – in the title of a PlayStation Game.

As with all the other Secret Songs releases, the art direction and web design is top notch, with artists Satoshi Kurosaki and Teo Zamudio providing illustrations for each of the individual tracks/contributors (images that then operate as a sort of micro-cover for each song as a standalone entity).

Highlights include a Young Gutted collab with Ratking’s Wiki and a gut-wrenching Fifty Grand piece that opens proceedings. I say these are the highlights but in fact its a very well-balanced and well-paced compilation and really all of the artists came through with strong material. It put me onto some talented new names, whose work I wasn’t aware of but am now keen to check out. That outcome seems to be what Secret Songs is sincerely driven by as far as mission statements go and with this mixtape they’ve now broadened the stylistic remit of where that spotlight gets poked, which is awesome to see… Thank you Ryan!