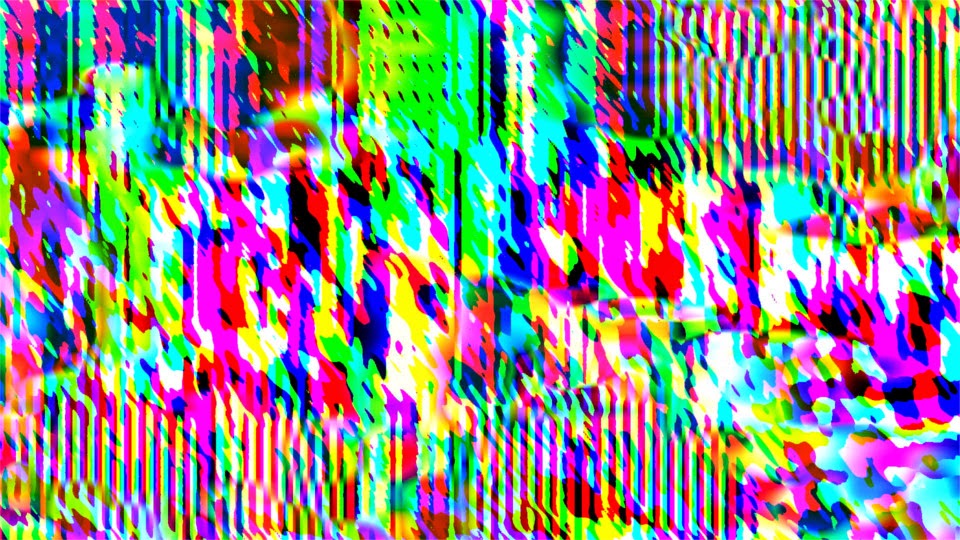 Grey People – Too Much Relevance

Here’s a recent video that I created for Grey People, for a track called ‘Too Much Relevance.’ It’s from a split 12″ with DJ Spider called ‘Service Elevator,’ which will be out soon on Public System Recordings. It will be the first release from the new label but it follows Grey People’s releases with Proper Trax and Cult Trip, as well as DJ Spider’s prolific body of work. Public System will have an interesting setup as its operators are each based in Paris and Melbourne.

For me this video saw continued experimentation with digital artifacting while negotiating the compression and video quality available on YouTube. Increasingly I find myself relying on processes that make elements ‘vector-esque’ (i.e. resembling solid, single color shapes), as clips treated like this tend to hold up well at 480, a resolution that many connections routinely default to on YouTube. That said, this video still contains some very intense images, resulting from Hard Mix blend effects – as in the embed still above – however, the core visual motif, the rectangle isolated and cropped from one of these Hard Mix sequences, holds up quite well because of its use of solid squares. In particular, when the rectangle’s morphing ‘pixels’ and lines are white, I can perceive no detail loss between the Final Cut source file and the YouTube H264 played at 480.

Extreme use of the Final Cut ‘Prism’ effect – the fairly maligned tool that, in its default parameters, resembles the old “3D glasses” lines, which many directors take to resemble the colour bleeding of VHS (it doesn’t) – resulted in some very satisfying aliasing reduction while retaining the colour and movement of the sequence it was blended with (see below still). By smearing blend layers into giant, smooth RGB light sources with Prism, the basic contours and movements of the primary/original layer were retained while removing the information that caused serious quality loss on the first couple of YouTube passes for this sequence.

In the end there is no real solution, however, as far as web-proofing digital video that has been achieved through repeat blend and effects plugin manipulation (as opposed to offline rendering or shooting), apart from actually uploading it, because the use of those tools was never designed to be so generative. And while you may retain a “WYSIWYG” output from suite to Master export, the project processes do not have standards in the way that a camera or modelling software would, and indeed they are essentially defined by the loss and incorrect reading of detail in their first instance.