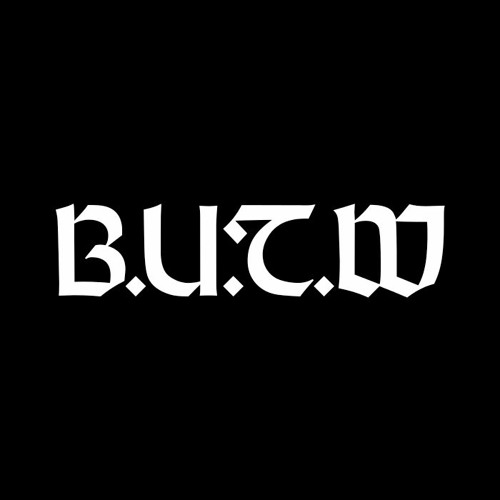 Blowing Up The Workshop

Last week, Blowing Up The Workshop published my entry in their ongoing podcast series. BUTW is an interesting mix series, in that the parties involved are frequently affiliated with ‘electronic dance music’ in some respect, yet it usually sees the artists put together sets that are more eclectic than a typical club-oriented mix session, with particular focus given to thematic structure and mood. The best known volume is undoubtedly Galcher Lustwerk’s 100% GALCHER entry from 2 years ago, which served as a primer for myself – and likely many others – on his work. The quality in the BUTW podcast series has been very consistent, however, if I were to narrow it down to some particular favourites: past highlights include the mixes from Beatrice Dillon, Lukid, Kane Ikin and Hurfyd.

In the process of my recent dance collaboration with Patric Kuo, Matthew Gode and Alice Robinson – an improvised work called Agora – I made many recordings of myself improvising at home (within particular instrument combinations/arrangements and some broad structural rules). The idea was to give a sense to the dancers ahead of the rehearsals of what I would be doing in each of the 5 discrete improvised sections of the performance. We were fortunate to have the night’s final performance filmed – and this will hopefully be available shortly – but there remained the ephemeral tracks from my preparation, which, owing to being improvised on MIDI at home on my monitors, had been essentially engineered and mixed like finished records before I had sent them to the dancers.

I felt that a full release may not suit these home-recorded takes of the Agora ideas, yet there were aspects of them I liked a lot and so I thought it was worth publishing them in some form. So the Agora recordings became the starting point for this mix and I ended up including versions of all 5 sections.

Breaking down some of the other Eugene content in this mix… Paper (Solo) and Tectonic Effect (Group) are from Paint en Pointe, the compilation released earlier this year by Where to Now. Then there is an excerpt taken from On This Day – a composition commissioned for Where To Now’s digital series of the same name. And finally there is Jane & Matthew II, which is actually isn’t a dance composition but a cue from an unreleased short film.

I was tempted to do a fully ‘own material’ mix, in line with some of the previous BUTW entries, but I realised there were a few tracks I’d been really wanting to play that didn’t fit in stylistically with a Dro Carey or Tuff Sherm DJ set. Lowcomittee are one of the artists that release on the VLEK label out of Brussels and “Void” is taken from their 2014 release Race At Neon Club. The VLEK releases broadly reflect a quality that I took to be somewhat sympathetic or complimentary to what I’m trying to do myself as a composer – they are experimental, yet sonically, they are concerned with beauty, with good sound design and good engineering, with the precision and space of well-produced music. In a time where roughness and amateurism is seemingly more than ever a crucial shorthand for the avant-garde it is very exciting to me to see artists who use technical insight and craft to achieve experimental, affecting results.

On a related note, I am currently intoxicated with a piece of Apple Music advertising – the cover photo for their Facebook presence for the service (below). I think it perfectly embodies the popular notion of roughness as value in electronic music. I may write about this image at length some other time.

Gekos by Yoshinori Hayashi is another recently released piece of music included in this mix. Some sources show the spelling as “Geckos” but I went with the name encoded in the promo sent to me by the label. Hayashi is a Tokyo-based artist bringing a very direct jazz influence to his work. Apart from that it seems there’s not much info out there. London’s Going Good put out the “End of the Edge” EP this year and this track was a highlight for me.

The edit I created of Gekos excludes the dissonant piano part. This is the central instrument in the original and I created the edit by looping sections before and after where the piano features. This turns it into much more of a groove-focused track – as opposed to the disorienting intent of the original. Sometimes I wonder whether these sort of edits might offend artists, however, at the same time I do think this kind of rebuilding is foundational to DJ’ing. While there may be a violation of the integrity of the work, in doing so it is actually about suggesting the level of interest in an isolated section (and surely this should be taken as complimentary). You can listen to the original in the video clip below.

Jaan Rääts, Asod DVI and YB represent the crate digging contingent of the mix. Rääts is an Estonian composer born in Tartu in 1932. He has composed chamber music, orchestral works, ballets and film scores, but it is the electronic work represented here that I find most interesting. As I understand it, this is in fact not very indicative of his output and he would continue to largely work with traditional acoustic ensembles after this release. Indeed, it seems that on this Marginaalid (Marginalia) LP – released by the USSR state-run record label Melodiya in 1981 – he was assisted by a number of other creative and technical personnel in order to realise the electronic works on the record’s second side. This second side features a suite appropriately titled Elektroonilised Marginaalid (Electronic Marginalia) (the A-Side of the release is a suite of divertimenti for solo piano – i.e. the acoustic or “generic” marginalia of the album’s title. Unfortunately, like a number of Melodiya releases for solo instruments, especially piano, it is too poorly recorded and pressed to fairly review, though first impressions of these piano pieces are not inspiring).

Meanwhile these Electronic Marginalia represent some of the most interesting pieces I’ve discovered in Melodiya’s catalogue, a library which remains largely undocumented. Discogs lists close to 18,000 releases for the label. However if we go off the research presented by Pekka Gronow in the 1975 journal article “Ethnic Music and Soviet Record Industry,” published by the University of Illinois Press on behalf of the Society for Ethnomusicology, which estimates 1200 releases a year beginning in 1961, the total number of unique releases is, conservatively, more like 34,000 by the time the Melodiya firm is no longer a Soviet ‘All-Union’ structured body. (I think it is reasonable to assume that there was some growth in release numbers at least until the late 70s; but even beyond that it’s also likely that the advent of the CD in the early 80s had a delayed impact on vinyl production compared to Western countries – with the CD probably not entering major use until well after its rise in the US).

Melodiya, with its comprehensive initiatives for the documentation of ethnic and folkloric music across the diverse territories of the USSR, its Composer’s Unions for art music, as well as a catalogue featuring the full gamut of the contemporary popular genres (jazz, funk, disco, pop etc.), presents a very interesting side of Soviet cultural policy that hasn’t been examined in detail, at least in any English language studies that I’m aware of. Are there any insights that could be applied to contemporary label structures or arts funding? While the vinyl pressings might have been fast and cheap, it stands as an organisational achievement that neither the private or public sectors have remotely replicated in the West. On a completely different note, it is also interesting to note that any exposure we have to this wealth of otherwise lost cultural content today is owed entirely to piracy (and again, perhaps this is a topic for an in-depth post another time).

The Asod DVI and YB tracks are both taken from cassette releases (if you’ve listened to the mix I’m sure you could tell from the hiss, especially on the latter track). 21-1 (Radio Mix) by Asod DVI is from the first volume of a compilation series called 6×10=60, originally released in 1985. Going off Discogs, this tape (and probably the other volumes too) had a somewhat complex release history, with different labels in different countries seemingly taking it upon themselves to manufacture and release new production runs in both the 80s and 90s. I would hazard this wasn’t quite ‘official multi-territory licensing’ nor totally unauthorised bootlegging either. I would guess that some of these releases were a case of letting the artists involved do physical releases themselves for their home countries. Like almost any other ‘various artists’ noise tape from this era, Merzbow’s along for the ride on the track list.

Asod DVI was a Norwegian duo active from 1983-1990, made up of Tore Stemland (also known as Tore Nilson, and as NXP as a solo artist) and Hild Strandbakk (AKA DSD as a solo artist). Stemland has a Norwegian Wikipedia entry here. 21-1, with its ironic ‘Radio Mix’ parenthetical, represents my favourite strand of ‘noise’ on the underground European tapes of this era, which is, broadly, a burnt out take on electro and early rap beats. My guess, as far as where this aesthetic derives from, is that it was a reaction from the global underground of noisemakers perhaps motivated by the urge to wreck and muddy the sounds fetishised by the North American East Coast contemporary art scene in the early 1980s. It’s now some time after my ‘peak’ period of exploring these tapes but I can recall a great deal of art direction and release titles that support this case (for example: ‘Rap’n Crack’ released in France, 1990 by Dedali Opera)  Though of course stylistically this stuff connects fairly neatly with German New Wave as well (though I would argue that that genre has a distinct idiomatic use of the drum machine that more explicitly relates to acoustic drum kit rhythms). Wherever it came from, it resulted in sounds that are extremely relevant to what is going on in house and techno today. The dynamics and texture of the kick and hi-hat in this track’s mix would easily have you believe it was released last week, not 1985, though the song’s age is probably betrayed by its inescapable musique concrete instincts – the track frequently stops, starts and diverts into some unintelligible vocal samples and stabs of white noise in a very particular way, refusing to let the groove ride in a fashion that I doubt even the most deliberately obtuse club producer would chance today (or if they did, they wouldn’t hit the level of nuance presented here).

“Taki Toki” by YB is again taken from a Various Artists cassette, this time from 1984 and from an Italian label called SV (the Discogs page is rather bare so I can’t really guarantee the veracity of this). The tape’s insert features an enviably brilliant statement: ‘If you want fresh air / Don’t look for it in this town.’ Whoever YB were there is unfortunately no information online that I can find. Like many VA releases, this has probably been uploaded on the basis of the name-recognition of one of the better known contributors (in this case The Legendary Pink Dots). If anyone out there knows who YB were please do get in touch as Taki Toki is really an amazing jam (and if there were a way to get a version with just slightly less tape hiss that would be amazing too).

So that’s the blow-by-blow of the E Ward BUTW entry. I hope the mix is enjoyable and offers some insight into what I’m trying to do as a composer as opposed to what I already do as a producer.

Eugene Ward – On This Day (Edit)