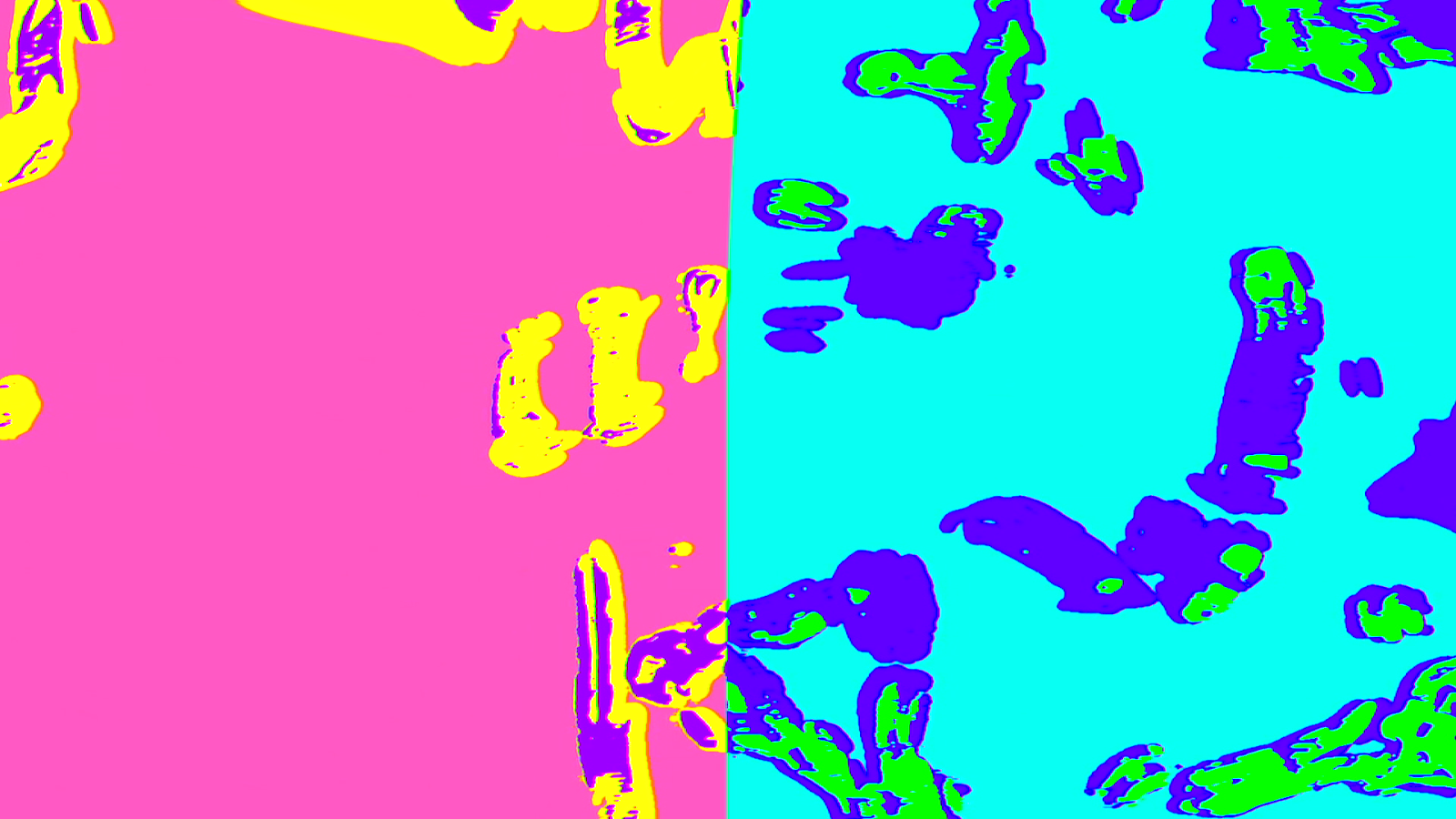 I recently completed this video for Sydney duo Polographia, which premiered as a Facebook-embedded promotional clip. The video is for their new single Rhythm with vocalist Jordan Padilla, out on Sweat It Out! Music.

It was a good experience to work within quite a firm stylistic brief, producing visuals that had to be congruous with the single and EP artwork, as well as past designs and videos associated with the band.

The video makes use of both keyframe 2D animation (the musical notes) and generative emitters (the ‘worms’). The psychedelic sequences were done in VDMX. These lysergic feedback sequences appear a few times throughout with different color variations, and it took a fair bit of work to make sure their details would be preserved after compression for streaming. As I’ve mentioned in previous posts on other videos, I used the Prism effect in Final Cut to smooth the clips that I thought might be problematic when they reached H264. In this case, it was for the edges of the intensely moving feedback blobs, so that the heavy movement and color updating would not cause H264 compression to smudge the sequences into oblivion. Of course this is not a solution that suits everything, but I’ve found it suitable for clips where I want a big range of very frequently updating colors and don’t need strong line definition on the shapes.

I continue to test every ‘suspicious’ sequence – those containing intense detail, fast or unusual colour changes etc – as an individual YouTube upload during production. I then make adjustments accordingly, in an effort to make the offending visuals ‘H264 proof,’ or at least substantially better than they would have been if I had simply delivered straight from the edit. In the process of this clip – not including final full export checks – there would have been about 14 of these test uploads. Full-length checks of the whole video are important as well, as sometimes it’s the edits themselves – a quick series of cuts between intense animations, single frame flashes – that can cause unintentional artifacting in H264.

I hope I continue doing videos for vocal tracks – it encourages different edit pacing and design ideas compared to instrumental electronic tracks. The obvious thing is a sense of being obligated towards doing something literal with the lyrics – like the animated notes in this video and the dancers in the GL clip – but then also considering how to realise the motif in a restrained way that doesn’t overpower the fundamental aspects of a ‘visuals’ video (the colour, light, edits and shapes).