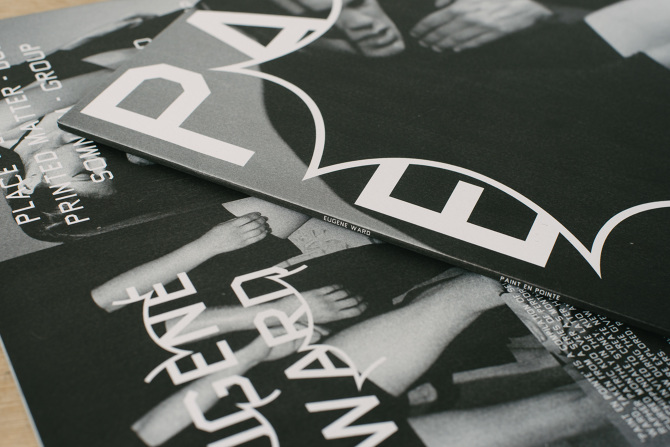 Lullabies For Insomniacs was a radio show on Melbourne’s PBS 106.7 FM. It remains an ongoing mix series and website run by the show’s host Izabel Caligiore. Izabel invited me to contribute a mix for the series so I decided to take the opportunity to spotlight some of the Paint en Pointe pieces that were not included on the Where to Now? album release. Apart from the footage of the actual shows these pieces haven’t been heard anywhere before. (And in the case of one of them, it’s not even available that way as we did not get sufficient coverage to include the solo from PEP I in the video).

Since I composed a fair bit of material for the series there were always going to be a few that wouldn’t make the record, however I think they’re still interesting pieces that continue many of the ideas and themes present in the album. The mix includes Printed Matter (Large Group) from Paint en Pointe VI, Paper (Group) from Paint en Pointe V and Winds of Change & The Fragility of Stillness (Solo) from the first PEP performance – a lengthy name, taken from the Peter Pinson exhibition that occurred the same month as Penny Coss’ Tectonic Effect.

I also included the sound from a video work of mine called Browser Photography as well as two tracks from a collaborative project with Sam Purcell (Mirror).

I tried to experiment a bit with the DJ’ing of this mix. Some of the tracks are played at radically different BPMs compared to their original tempos (for example Trialthree by Mirror is transformed to footwork speed and beyond). As far as selection of the other tracks, I tried to represent some of the artists that inspire me as a composer, with particular consideration for textures that immediately caught my ear.

I feel a mix inevitably causes you to evaluate what it is, specifically, that you admire in certain music, and it encourages the discovery of stylistic links you would never have otherwise explored. Interestingly, though the Staatsballett show Masse, a collaboration between the Berlin dance company and producers Henrik Schwarz, Marcel Dettmann, Frank Wiedemann and DIN (Efdemin & Marcel Fengler), would seemingly be an important and strongly looming reference point for PEP, I actually heard it long after the performances, discovering the album release this year. For development reasons that may well have been a good thing (avoiding direct influence etc.)… but it is interesting now to visit the Paint en Pointe compositions alongside this other (far more prominent) meeting of contemporary dance and techno, and to see how – despite some vast aesthetic differences – there are some core rhythms that appear in both, perhaps illustrating certain fundamental, logical extensions of that combination of practices.

Eugene Ward – Winds of Change & The Fragility of Stillness (Solo)