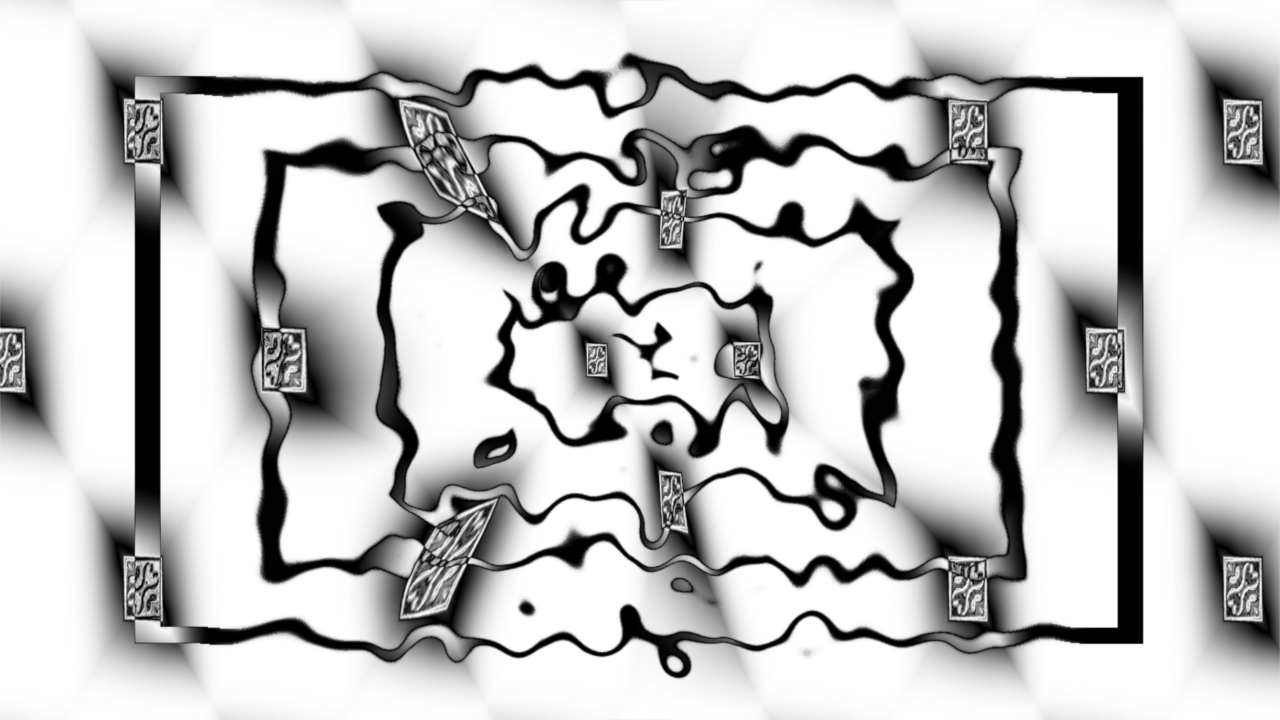 Here’s a clip I recently completed for Sydney-based label Cult Trip for their new release by Elite Athlete. I enjoyed working on this video because the sounds in the track were overtly dark and dramatic and this encouraged me to commit to some ‘extremes’ visually, both in terms of kitsch and (hopefully) genuine horror.

At just over 6 minutes it’s the longest music video I’ve completed. Fortunately, the track features various builds, variations and – most importantly on my end – interesting rhythms that meant it was not a difficult length to work with, as these allowed many different, contrasting edit flows throughout. Had it been a more linear and straight-ahead techno track I may have found it much harder to sustain the momentum of editing.

It also marks the largest number of assets I’ve worked with on a single clip. Just in the Youtube still above there are 4 different flame renders, the scrolling heart monitor style laser, the ‘Wiccan GUI’ still image and some green, zoomed in noise composited on top. And it’s a fairly short sequence. There are many sequences throughout the video with multiple, separately rendered assets that have short screen time. Rather than develop extended, ‘narrative’ animation – with the exception of the pool fairies in the later half – I felt it was important to jump quickly between images that had a lot going on, with the sense of temporarily catching sight of them mid-action. I think this supported the eerie tone of the track in that it nurtured an inability on the part of viewer to take anything in beyond a few hints and an uneasy mood.

3D environments and liquids are extremely popular lately, some may even advance that they’re popular to the point that specific aesthetics are seeing the tail wag the dog, with images defining music genre participation for the artists and therefore becoming foregone conclusions that override the opportunity for video creators and directors to consider an individual, considered response to material. But that is more symptomatic of mood-board culture than anything else. Anyway, trends not withstanding I felt there was something correct and resonant about using a number of water environments for this track. If I’m being reductive I think this feeling is to do with the use of reverb in the song. Don’t get me wrong, this is a dark and heavy track, however, the sound design and production is quite clean and professional. There’s a sense of sheen and space. I feel that with tracks like this it makes sense to work with 3D renders in a way it might not with something more lo-fi. 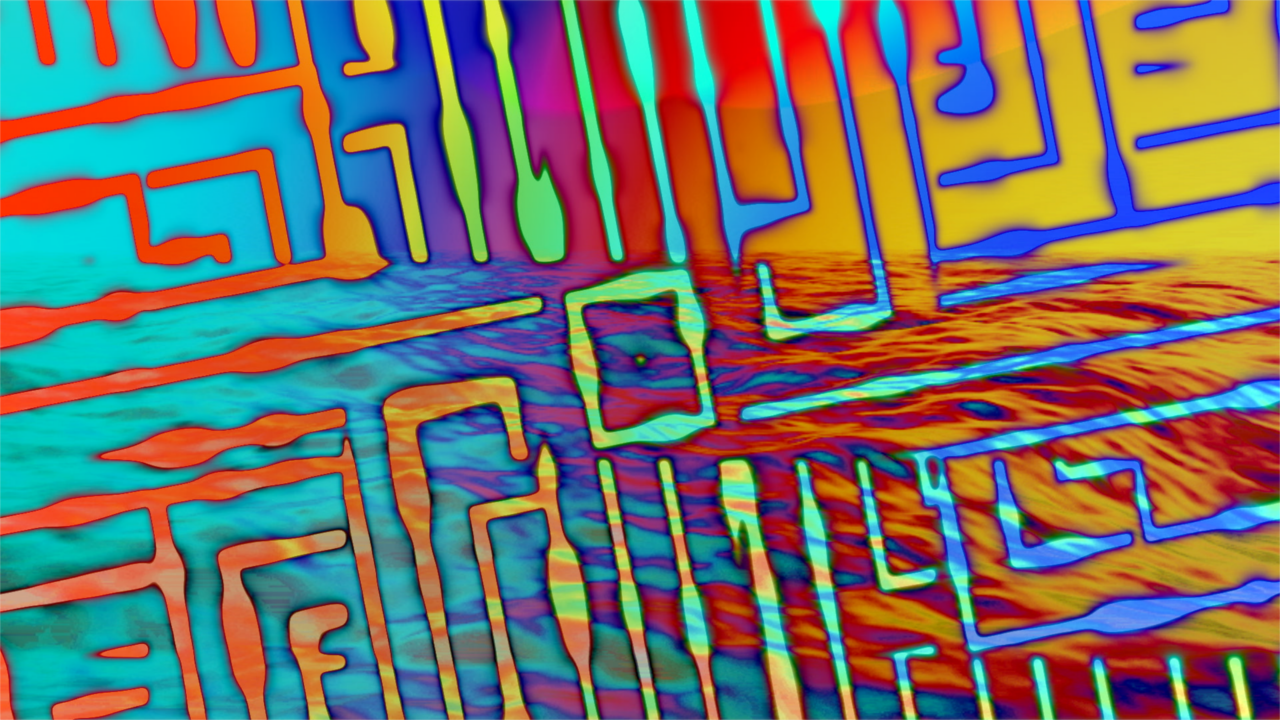 The idea of a link between a computer program and some kind of ritual is heavily informed by the Shin Megami Tensei series of video games. The long-running series’ titles generally revolve around the use of technology to aggressively pursue dark magic and the summoning of demons. So this is why the ‘Wiccan GUI’ resembles a video game HUD rather than an actual OS. That game series also posits fairies (or faeries) as quite malicious beings, if not purely evil like demons. They’re manipulative and untrustworthy. This is quite a popular folkloric reading of fairies pre-Disney films etc. So the fairies flying over the dark pools was my subtle solution for having a physical manifestation of the conjuring. A horned beast in a dark room would have been exceptionally on the nose for a techno video (and also more difficult technically, although maybe it could have been suggested through silhouette). With the fairies flocking around the dark pool, their number gradually increasing, I felt I provided something that was ‘living’ in the video’s world that could be read as either eerie or merely neutral (and therefore not descend into frenzied cliche). 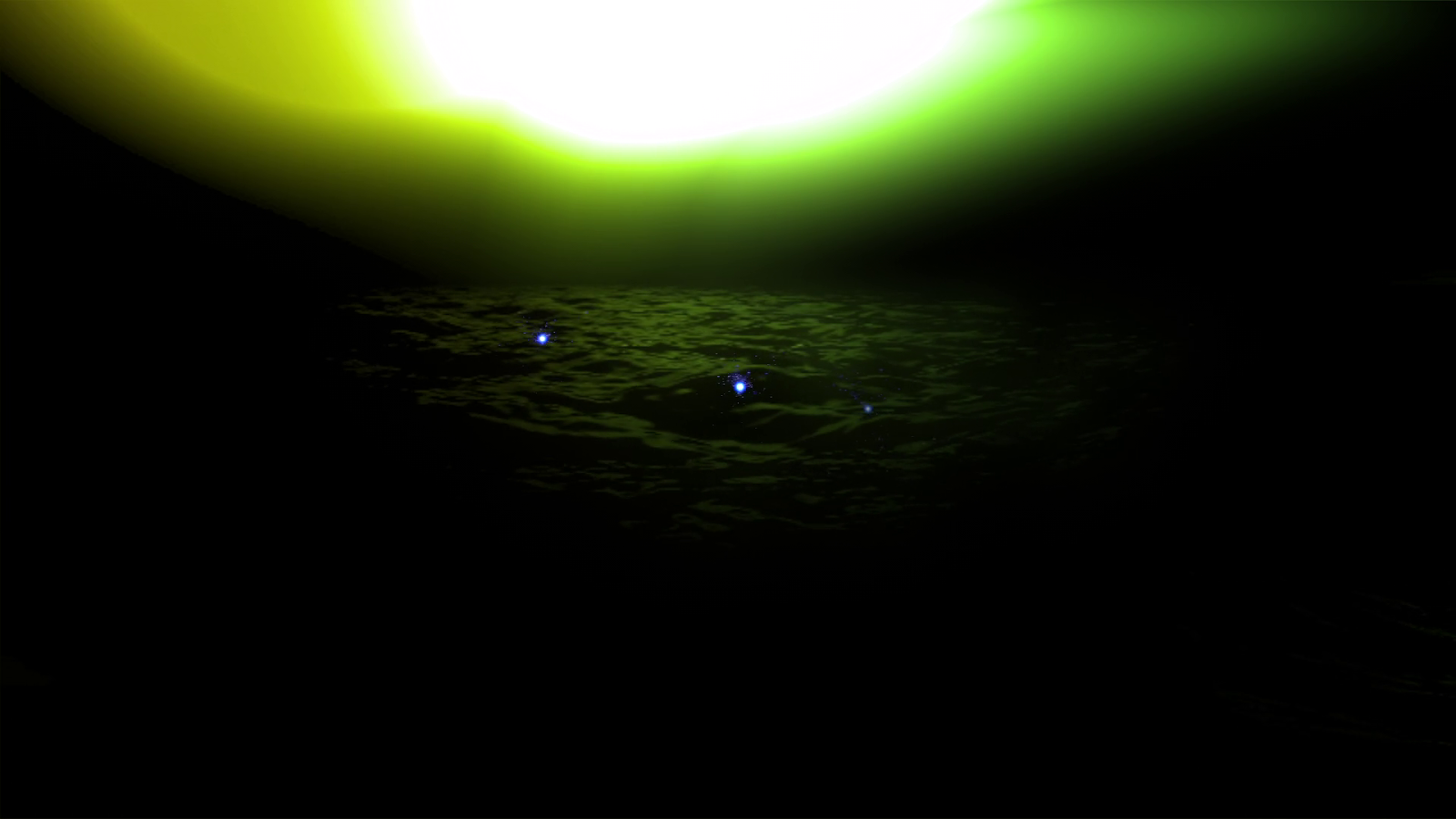 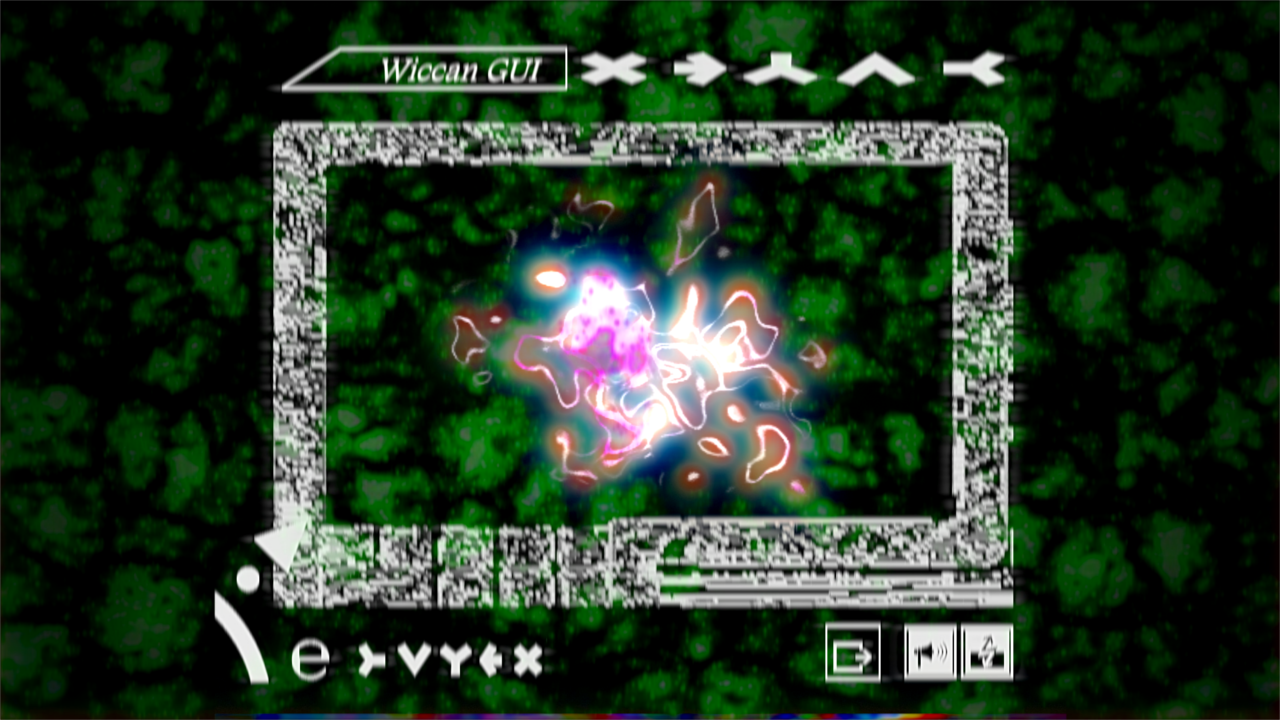