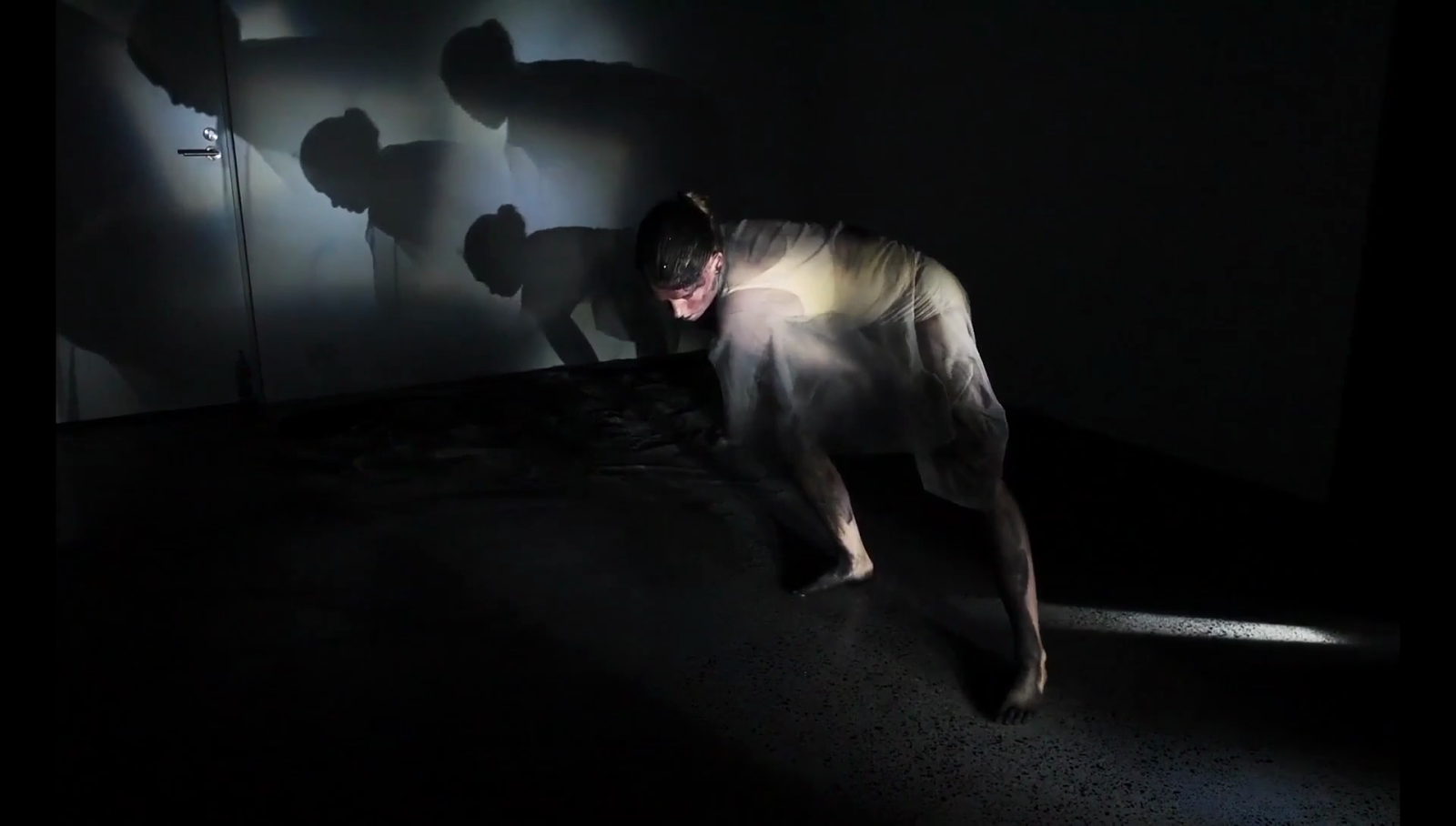 Last year I collaborated with dancer and performance artist Verity Mackey on a project called ‘Lacuna,’ which was performed over 2 nights at Interlude Gallery in Glebe, Sydney. We were fortunate enough to have the first night’s show shot by director Eliya Nikki Cohen. An edit of Eliya’s footage is streamable above. Huge thanks to Eliya for documenting and editing the video for such a long piece. And a special thank you also to Interlude Gallery for allowing us to work and perform in the space.

A ‘lacuna’ is a gap or indentation – a technical/medical example of the word’s use being a depression in bone – and we felt this word was evocative of a sense of darkness, intimacy and delicacy appropriate for the work. The performance was staged in a small, blacked out space with a limited audience and we wanted to cultivate a voyeuristic – almost intrusive – experience for the people attending.

Lacuna began with a particular idea that Verity had regarding lighting – to stage a dance performance in a full blackout, with each member of the audience given a small torch upon entry to freely use, to light the space (or not, if they so chose).

This had some interesting outcomes for the performance – not only did it create strange and organic ‘crowd-sourced’ lighting design (you can see the inadvertent prismatic shadows in the stills), it also had a substantial impact on the engagement and experiences of the audience. How one person used their torch would have something of a domino effect, gradually prompting everyone to, in some instances, become a spotlight operator diligently addressing the subject, or, on other occasions, to all drift away in a wave of erratic, scattered movements – freely channeling the rhythm of the music and ignoring any kind of theatrical lighting duty. Given that the structure of the performance had various improvised elements, this audience behaviour in turn affected some of Verity’s movement, operating as an unpredictable, emotional stimulus. It also resulted in the two evenings’ shows looking and feeling vastly different, even though they were both set to the same pre-recorded sound.

Given these various dimensions that have come out of the torch idea, Verity and I hope to continue to develop the performance in the future. Hopefully we can stage a version in a larger space with a larger audience, and we have also considered experimenting with an outdoor version, to take advantage of the natural darkness of night. It was an exciting and interesting work and I look forward to further developing this idea (as well as others) with Verity. 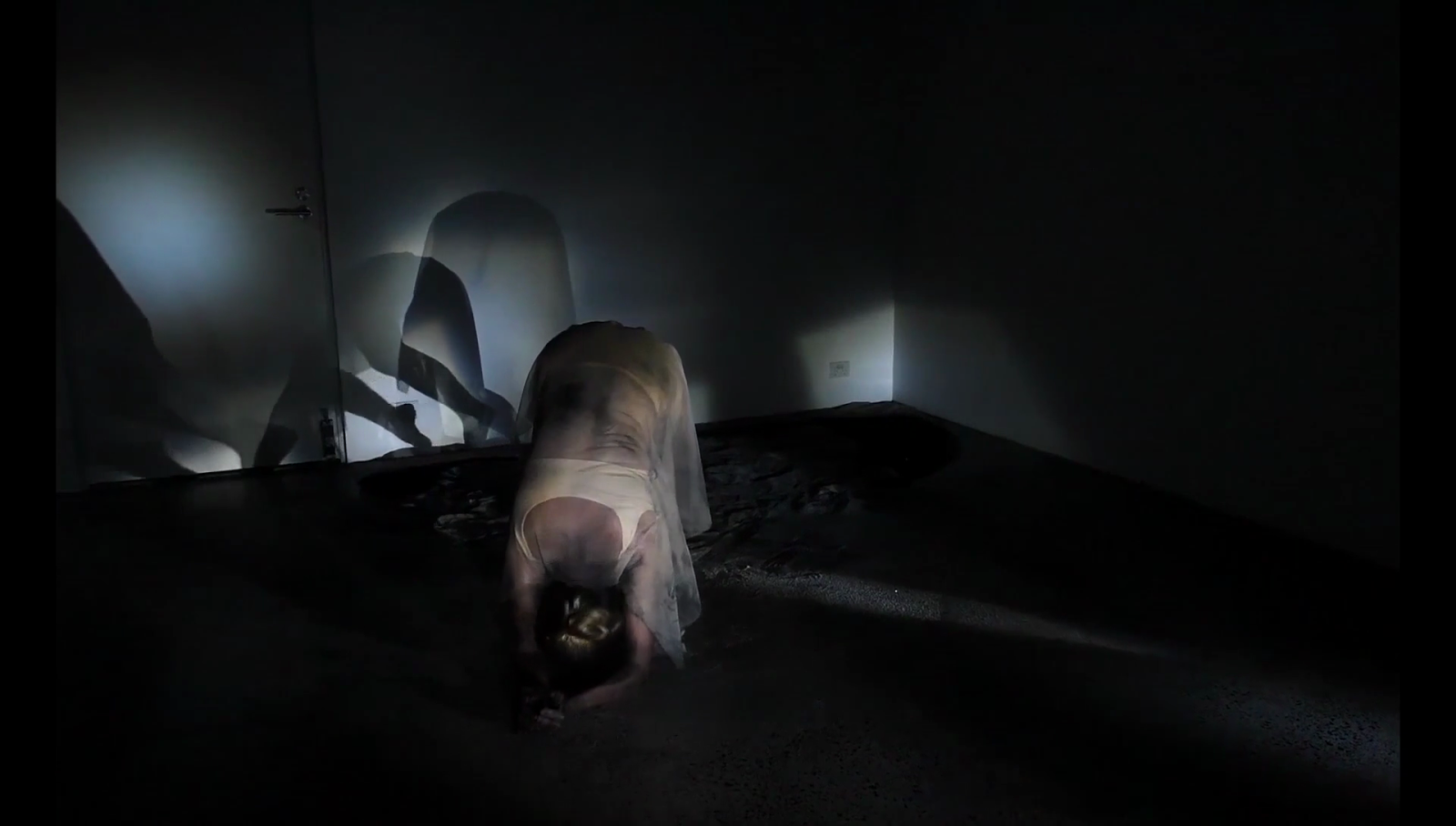 For some additional background on Verity’s work, you can check out a short bio below:

Verity Mackey is a multidisciplinary artist with a background in dance, costume and social work. Her practice aims to create sensorial spaces and opportunities for audiences to participate in examining the human form, to acknowledge our shared experiences, differences, and greatest desires and fears. In 2013 Verity undertook Shopfront Theatre’s Civic Life residency with Nicola Frew to establish the performance duo N&V. N&V have performed at various exhibitions including MCA staff’s group show Contemporary’s Contemporaries (2014) and Canberra’s You Are Here Festival (2014). Over the last three years she has been training in Bodyweather with Victoria Hunt. Lacuna is her first solo performance.