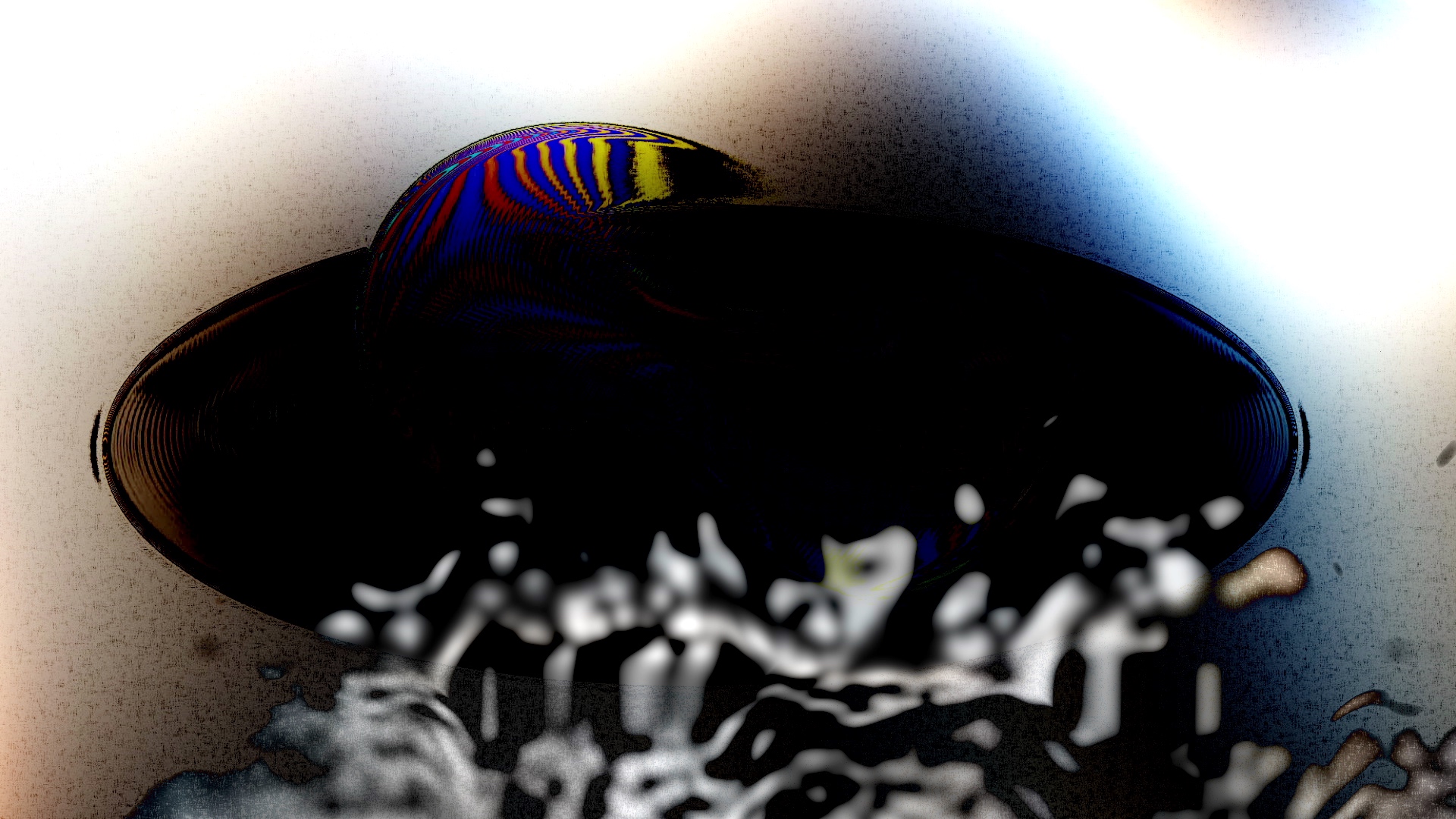 This is a new personal work and the full title is actually “a7ab0c43c548aa19146b3b52bdf77f61” – which is the MD5 code generated for the word ‘White.’ Possible subsequent videos in the series will be titled with similar MD5 hashes, corresponding to ‘Link’ and ‘Recordings’ respectively. The combined phrase – ‘White Link Recordings’ – is the name of a fictional record label, which I posit to have existed from roughly 1989 – 2000, and the music included in the sound design of the video series is presented in the form of three discrete DJ sets comprising selections from the discography of the record label (this instalment being scored by “label retrospective” mix number one).

In the creation of the individual pieces of music, prior to their mix into this DJ set, I experimented with different mastering techniques on each track, in an attempt to fully render them as different recordings by different artists. Critics and older musicians frequently offer that ‘moving into the box’ has homogenised electronic music to some extent, owing to the fact there is no room for variation in the character of a particular machine or piece of equipment once it is virtualised – everyone’s code runs the same way as everyone else’s. No ‘the kick is broken and weird on this drum machine’ nuance to be had from the tools that are now typically at hand. I find the idea of constructing analog pastiches within that digital environment to be an interesting concept, and it’s an extremely dominant concern in contemporary electronic dance music. Whether it’s about emulating texture, tone color, pitch, rhythm, or the ‘imperfections’ thereof, it’s fair to assess that most artists, ranging from the superstar to the anonymous producer, will want to execute some level of pastiche, specifically to do with historical technology and tools rather than inherent composition.

The sound side of this project extends beyond the audio content evident in the above video. I’ll preface this next part by saying that a friend commented on it as being ‘completely crazy,’ but here I go. The tracks included are imagined as being selected from full 12″ vinyl releases, which means that, creatively, I felt I had to construct all of the tracks on the release, even if only 1-2 ended up in the DJ set. In total I have created about 8 of these White Link releases and by the time the third video is completed there will probably be about 15-20. I worked up basic biographic profiles for the artists, which in turn informed the genre directions for the tracks. Currently I don’t plan to reveal the “track list” or any of this constructed information because I think that simply releasing the mixes themselves is the most effective way of executing the intended impact. These videos are not about metafiction, they’re about inspiring an emotional response based on sound pastiche and aesthetic direction.

I have recently been approached about working on live show visuals for club and concert projections so I thought it would be interesting to conceive a personal project that investigated some of the aesthetic tropes of ‘music visualisations’ and in turn get some experience with this practice, as well as hopefully engage with some useful ideas for creating compelling designs that are not specifically technically triggered or otherwise sound-linked (and are therefore versatile design ideas for practical contexts, where you can’t always guarantee that your collaborator or client has the ideal technical setup).