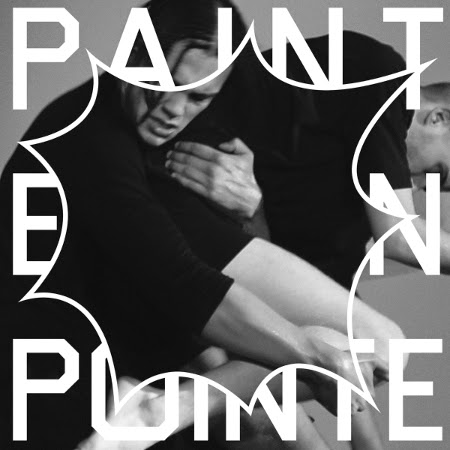 Last year I worked with choreographer Patric Kuo on a 5-month series of contemporary dance performances at Spot81 gallery in Sydney. “Paint en Pointe” saw us create dance works that related to the ongoing exhibitions each month. There were a range of performances within each night, varying from solos up to large ensembles of as many as sixteen dancers. As the months went on we became more ambitious with each program; for the first couple there were 2 works, but by the time we reached the final show, ‘Printed Matter,’ there were 5 discreet pieces performed on the night.

It was an invigorating and rewarding experience as a composer to be able to work on a project like this with Patric and our enthusiastic team of dancers, as it saw some very fast-paced exploration and development of ideas as we worked to get each performance ready for the next month.

The entire series of works were filmed and can be streamed above (thank you to Linda Leman and Dylan Mahoney for providing their time and footage). And of course thank you to all of the dancers, whose names I have listed below…

Special thanks: Michelle Perry, Julian Kuo, Linda Leman and Dylan Mahoney. And also a very big thank you to everyone in Sydney who came along to the events. It was very gratifying for Patric and I to see it develop from the earlier fairly reasonable turnouts to the gallery’s crowd bursting out to the street by the final performance. To me personally this was valuable to see, of course, however, I was only an indirectly anxious stakeholder on the nights themselves – a contributor yes, but an observer in the end. The true value of the support and attendance was in fact received by our performers, the dancers, whose physical energy is so directly dependent on crowd engagement (which we were fortunate enough to see in fantastic supply).

This project follows my previous work with Patric – “oingoboingo” in 2013 (with co-director Matthew Gode)  – but I think that with this series Patric and I truly became close and familiar as collaborators, and we know that we will certainly continue to work with each other in the future. It has been a great learning experience and, with what we have taken away from PeP last year, we have already begun to develop a couple of things for 2015.

I am also excited to announce that selected compositions from this dance series have been compiled for a full-length vinyl and digital release on the London-based Where to Now? record label.

As you can see in the track listing below, the digital version of the release will include two bonus tracks from the Paint en Pointe series that we weren’t able to fit on the vinyl, as well as a pair of remixes from Murlo and Cliques. It was really exciting to see these artists give their club music take on some of the pieces and their – unsurprisingly stunning – remixes will be premiered in the coming weeks. The release is now available for pre-order – for both vinyl and digital versions – and these can be placed via the Where to Now? Bandcamp. I would like to thank Matt Hendon and James Hines of Where to Now? for getting this release together and coordinating a beautiful package. They have shown exceptional respect and enthusiasm for the project and compositions every step of the way.

You can hear one of the album tracks, Place (Large Group), below.

Also, if you’d like to look at any individual dances from the series, or if a long Vimeo upload gives your machine/device grief… Patric has uploaded them all to YouTube as separate clips on his Tangle Australia channel – check them out here.