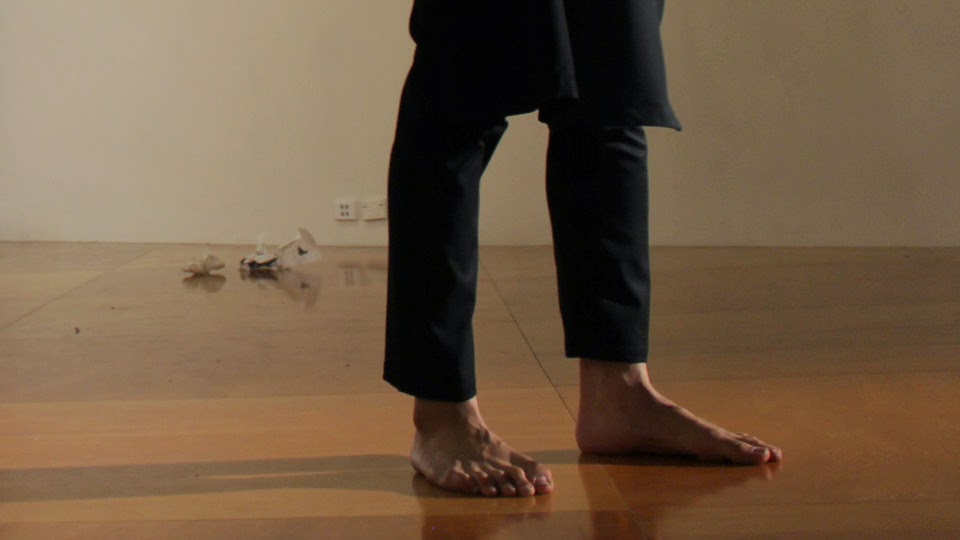 When I first started speaking with James and Matt at Where to Now? about doing the compilation of my Paint en Pointe dance pieces, the idea of including remixes was something I was immediately drawn to. It seemed logical that the first recorded release of “Eugene Ward, composer” should offer some kind of link to the world of Dro Carey, which has been my main musical outlet for a good few years. The stems of the Paint en Pointe compositions seemed to genuinely lend themselves to electronic reworking, so WTN? were on board with the idea. James and Matt got in touch with Murlo while I got in touch with my frequent B2B DJ set partners and studio-mates Cliques (Hamish Dixon and George Nicholas). The remixers were given free choice out of any of the 10 main album tracks and Murlo went with Printed Matter Duet I, from Paint en Pointe VI, while Cliques went with the Large Group piece from Place, the fourth performance.

I was glad to facilitate this modest bridge between the two spheres of contemporary dance performance and club dance music. While similar intersections have certainly occurred before, I think there remains a great deal of untapped potential. Culturally they are both so mutually derivative of one another that I think direct engagement makes a great deal of logical sense – yet the practices generally remain very delineated. In my ongoing collaborative work with Patric I hope to continue to address this relationship in a way that offers new and engaging projects for both worlds.