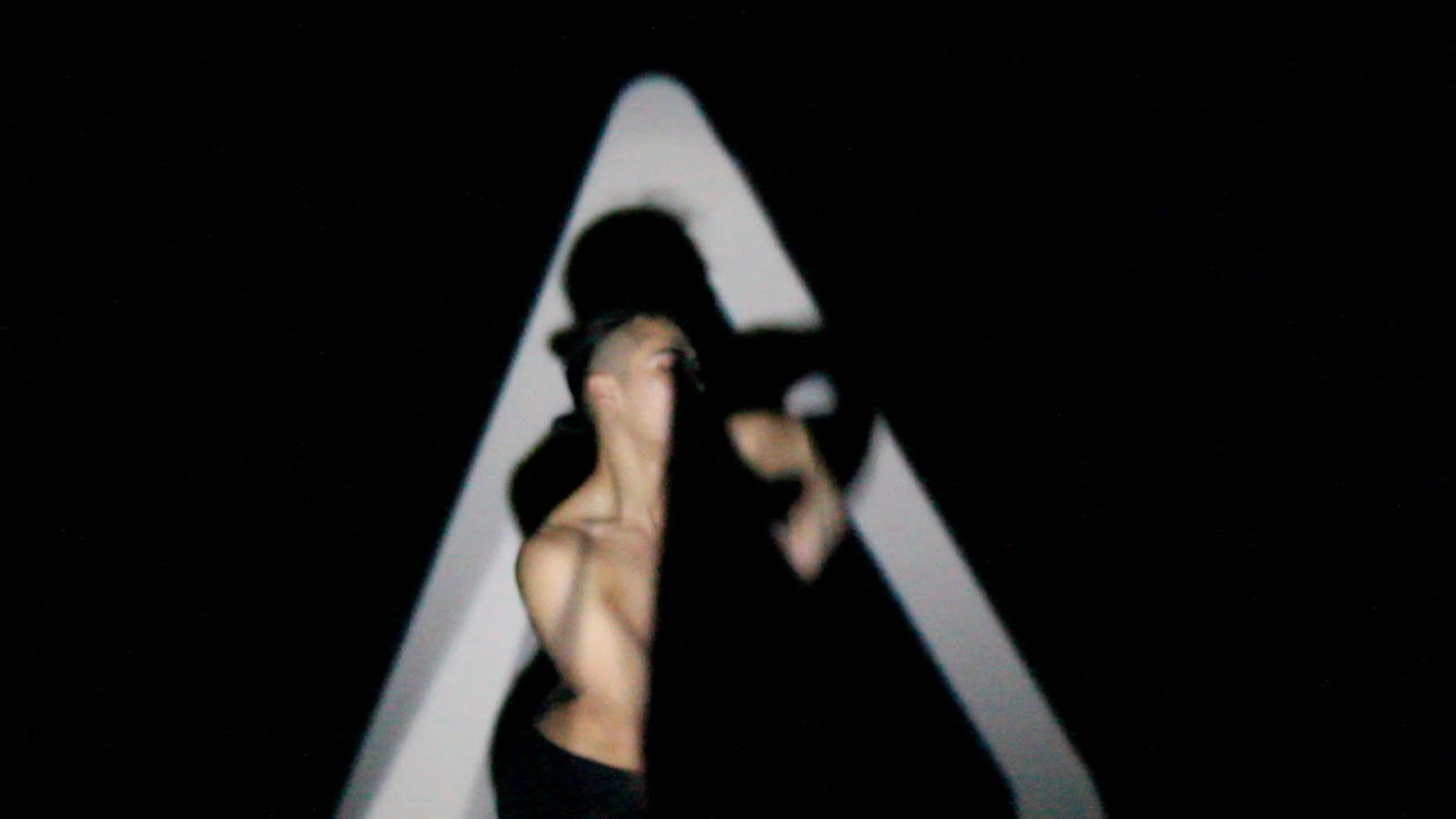 ALTER is a short dance video I created with Patric Kuo for the 2016 In Motion Festival at AirSpace Projects Sydney. The video was developed over about 12 months.

The process behind ALTER begins with an animated sequence I made while in Beijing in October 2015. Without internet or speakers, I found myself silently experimenting with some visual ideas, largely based around a morphing – almost trembling – grid of lines. I didn’t have a particular project in mind for these clips – they were just experiments that I thought might later prove useful for a music video or live visuals reel.

Fast forward to mid-2016 and Patric and I are hoping to collaborate on something again post-‘Gonzo Biology’ (something we did in April for the Desire Lines art walk in Alexandria — performance footage and commentary forthcoming in a later post). Since we knew that Patric would be heading off to live in Paris, a video seemed like a good solution – something we could begin work on while he was still in Sydney and that I could later edit and complete without him there. Recalling the animation ideas I had made in China the previous year, I set about making a new edit of the sequence, one that was roughly ‘music video’ length, hoping for something that could be starkly projected onto Patric for a short dance video.

Working backwards from this video file, the score was composed to the projection clip. Since these animations were to be projected directly onto Patric in a blacked out space, this meant it would be a performance in which the lighting sequence defined the sound. I felt this would be an interesting, unusual way to work – to freely animate and design whatever felt strongest visually and then worry about sound after that. Of course I did then fine-tune the visuals to suit the precise timing and changes of the track. This is probably a good point to pause and note that the ‘ALTER’ title comes from a betrayal of any kind of process purity – i.e. what would we make if there was as much ‘post’ work as we wanted? This was in contrast to the live performances that had dominated our collaborations for the last few years.

We had one evening to get all our footage down before Patric left. Rather than plan out specific choreography or ideas, Patric improvised to the sound many times consecutively, presenting alternative takes and energies. These different energies – ‘soft,’ ‘hard,’ ‘party,’ ‘still’ – were each shot both with the projected animated sequence and on a flat white square of light. We wanted to have many different takes and options to drawn on – however momentarily – for the creation of the final video.

While we were shooting and developing ALTER, we didn’t have a gallery or any kind of program in mind for it. It was just something we felt like doing, an experiment we needed to conduct that, failing any other showing, would at least go online. Fortunately, not long after I began work on the video’s final edit, we were approached by In Motion and things happened to line up so that this would be ready in time for the opening of the festival.

The extreme strobe effect and isolation of Patric’s limbs by the animated lines and grids channels the frenzied ‘moment to moment’ feeling of nightclub lighting, while the different performance takes – at times converging and at others abruptly switching – hopefully convey something of the emotional ride of partying and being danced by a ‘live visual’ video kit and the forceful drops, build-ups and grooves of club music. 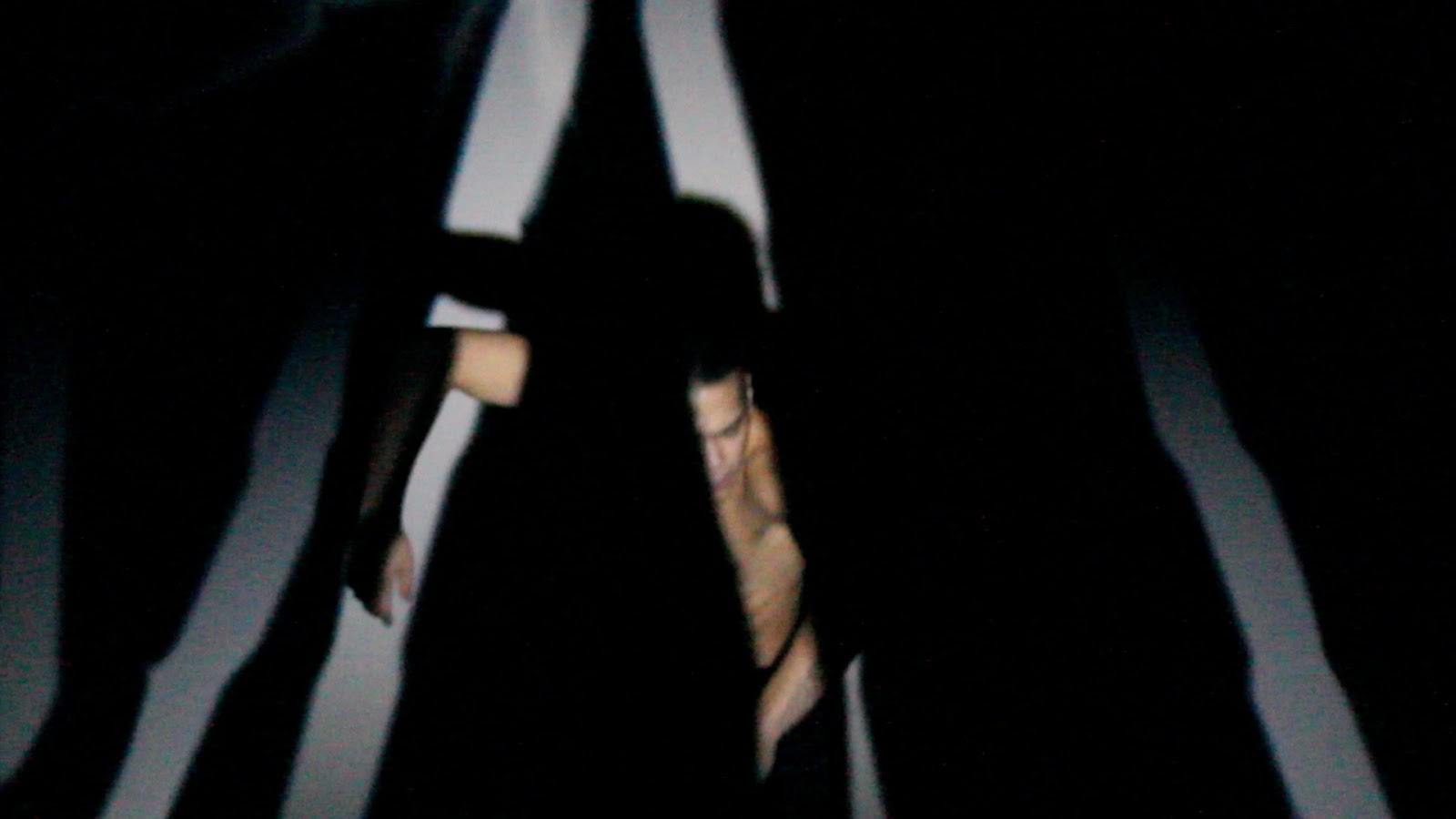 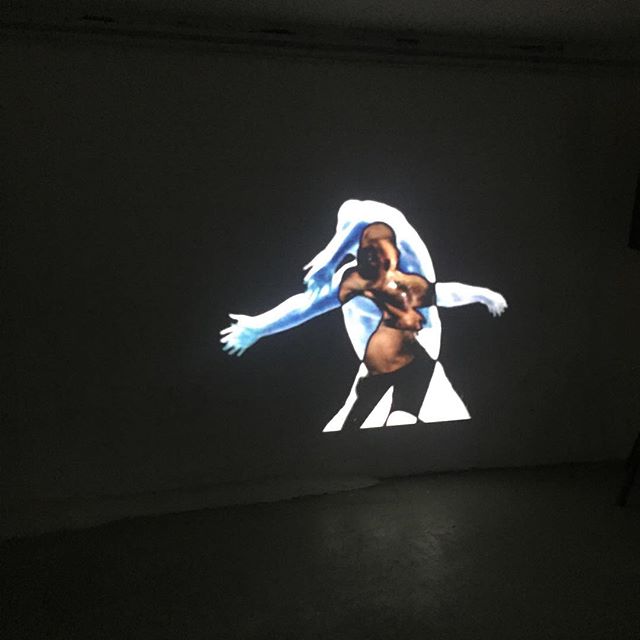 ALTER at In Motion at AirSpace Projects. Photo – Genevieve Collier